Familiar with the Music industry?
The Nigerian Music Industry Precisely, If yes, then you must have an idea on the drama that surrounded the birth of the “African Giant” title. If you don’t, then before you read this I would strongly recommend you read Burna Boy to African Giant, as this article is more of a continuation and an attempt to dissect the situation from another perspective.

To give a quick Recap, Burna Boy was supposed to Perform at the 2019 Coachella Event but he came out publicly to decline and slate the event as he claimed he felt disrespected by the  font size that was used on his name, claiming He was an African Giant, and as I stated earlier in the previous article “Burna Boy to African Giant“. This action led to a series of online and offline debate to if he was actually on that level of accomplishment yet or he was getting ahead of himself. 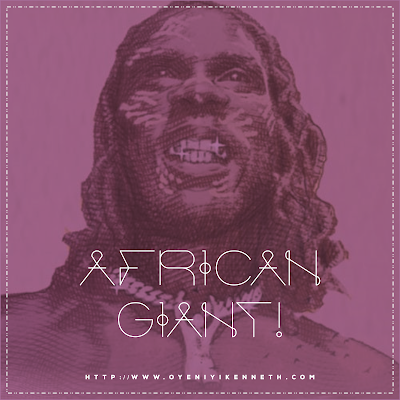 That question I might not be able to answer correctly, However I can say for a fact that that buzz proved very instrumental to his Brand image, because Shortly after all the whole online saga, Burna Boy took to the studio to Record and release a new studio album titled… you guessed right! “African Giant” and ol boy was it a Massive instant hit?.  The Album sampled songs from various African music legends like Fela Anikulapo Kuti and Angelique Kidjo and added his Afro fusion vibe.

Now,  Burna Boy had been around for a while,  quite a while in fact,  because,  as far back as 2012 I had a couple of friends that were huge fans of his. However I strongly believe all that while he had been operating on a level that was arguably below his talent. But,  looking closely at  the whole African Giant controversy we would see how Talent,  Hard work, plus the right idea and Timing could work hand in hand to create amazing results.

Talent; Let’s take a look at his Talent , I do not think I need to begin to explain to anyone who has heard any one of Burna’s record From His early records like “Like to Party, Tonight, Yawa Dey” to more recent records in his African Giant Album like “Anybody, Ye, Dangote” would  have a contrary argument when I say Burna Boy is a very talented Artiste, but like I stated earlier, while this is a very important ingredient it is just one of the several ingredients to his break out. 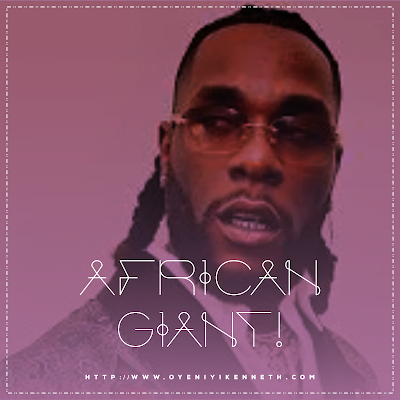 Hard work; A Quick look at Burna’s Discography and you’ll see how he had been very consistent in both the quantity and quality of Music he had put out. Since 2011 he had released 4 Studio Albums, 2 Mixtapes, 2 EPs and already had a good number of guest appearances on several records. Even his recognition  on the local and international scene had been on the rise as he had started getting nominations and winning awards as far back as 2013.

Idea and Timing; The timing of  the whole “Ye” mix-up  might not have been originally planned, but the brilliance of Burna Boy and his team to see the opportunity in the whole fracas and use that to his advantage is simply astonishing! The buzz around  Burna Boy both from the “Ye” mix-up and the Coachella was still fresh and while everyone was carried away this man saw the opportunity to engrave his name in gold. He simply went into the studio, put in work and released a whole Body of work  titled “African Giant” to further emphasize his point.
To be honest, only a man with insane confidence in his ability, and maybe a little bit of cockiness would be able to pull that off.

That Album, birthed from online controversy and self belief would later go on to be nominated in the 62nd Annual Grammy Awards category for Best World Music Album and win the Album of the year Award in the  2019 All Africa music awards.