Permit me to introduce a man who needs no introduction,

Nigerian singer and songwriter Damini Ebunoluwa Ogulu popularly known as Burna Boy has become a household name in the lips of many music lovers around the world, and this  is no result of mere luck, he has worked hard and consistently enough to earn the title “African Giant” for him self. 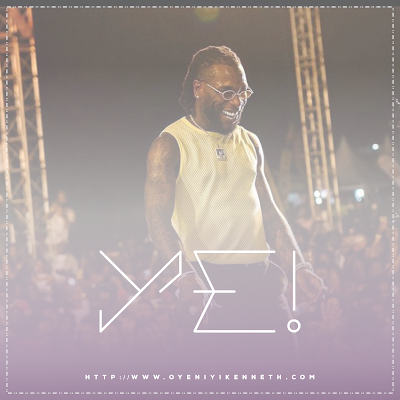 A quick look into his backstory, Burna Boy was born in Port Harcourt, Nigeria. on the 2nd of July 1991, Although I cannot say with certainty exactly when he started his music career but the African Giant has been active in the Music Industry since 2011, releasing his Debut studio Album L.I.F.E which featured top guns in the Nigerian music industry in the year 2013. He went on to release Several other great projects through the years.

The year 2019 would however be a remarkable year for Burna Boy as it was the year he held the music Industry to ransom with his captivating sound. It all started on the 6th of August 2018 when  Burna Boy released “Ye” which was the 6th single on his studio Album “Outside”. Here’s where the story gets interesting, earlier that year on the 1st of  June 2018 precisely popular American Rapper and Producer  Kanye West had released his 8th Studio album which he also titled “Ye” probably from his name KanYe, This little naming confusion caused a huge spike in numbers in favor of Burna Boy as listeners searching for Kanye West’s “Ye” mistakenly Stumbled on Burna’s.

I strongly want to believe this particular scenario wasn’t be the first of its kind, this is why I would like to praise the artistry of Damini Ebunoluwa Ogulu, anyone who has listened to that song would understand  why it was so much of a big deal. It was an instant hit, everything sat perfectly, the beat, his unique melodious vocals, his not so common music style. Felt like orgasm to the ears, funny enough it is reported that the beat Producer Phantom created the beats in Less than 2 hours, who would have thought! 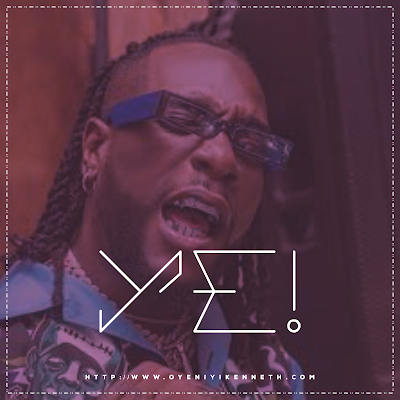 I also believe it was during this period he employed the services of a couple of Seasoned publicist on twitter to help promote his his recently released album, this, coupled with his style of music and the whole “ye” mix-up added a lot of  hype to his already quite established name, especially in the International Scene.

Skip to the 3rd of January 2019 things got even funnier as Burna Boy took to Instagram to announce that he would not be honoring an invitation to perform at the 2019 Coachella  valley Music and Arts Festival because of the font size his name was written in.  According to him, that font size was not befitting of an African Giant of his status. Of course there was the media outrage and several debates on social media, with a faction of people believing that he was right while another faction arguing that the whole hype had gotten into his head.

Although He later came out publicly to take back his refusal to Perform at the Festival, as he announced that he changed his mind and would and later did perform at the event, the name “African Giant” had come to stay.